Photos of an adorable “fox dog” have been doing the rounds on the internet over the past week, leaving people wondering whether the animal is a dog, a fox, or a mix between the two.

The adorable Mya first drew the internet’s attention back in 2016, when her Instagram account went viral and she made appearances in some of the world’s most popular publications. But fast forward four years, and most most people still don’t know what animal they are looking at. The truth is that Mya’s blue eyes and vixen-like appearance can be a bit confusing, but she is actually a Pomsky, which is apparently what you call a Pomeranian-Husky mix. 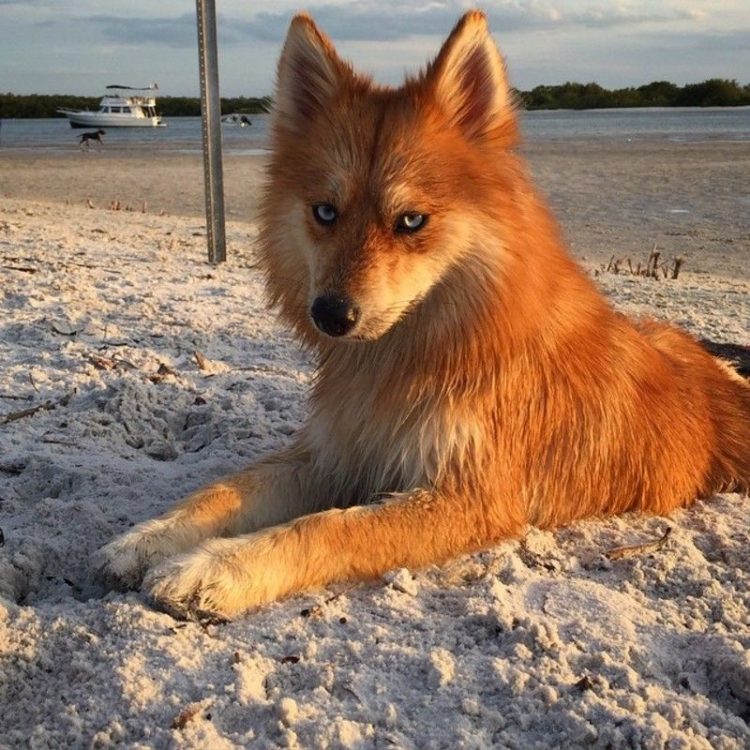 Mya’s second rise to fame occurred last week, when a photo of her went viral on social news sharing platform Reddit. Everyone was mesmerized by her fox-like appearance,  with some comparing her with video game characters Star Fox and Crash Bandicoot.

But even before the recent social media exposure, Mya was getting plenty of love on Instagram, where she currently has over 47,000 adoring fans. Her human owner, Dave Lascio, used to share photos of the beautiful Pomsky from their adventures and his posts always got thousands of likes and comments, but he hasn’t been active on the social network for some time now.

According to some sources, Pomskys are quite rare, because of the size difference between Huskys and Pomeranians, which makes successful breeding difficult. But no one can deny that they look cute as a button!