Turtles may be cute, but they are also slow and clumsy, which doesn’t really help them when they are trying to cross train tracks. Luckily, for the turtles in Japan’s Hyōgo Prefecture, railway operators and a local aquarium teamed up to find a solution.

Between 2002 and 2014, disruptions of train operation caused by turtles were reported 13 times, with many more probably going unreported. That is why, in 2015, West Japan Railway Co. and Suma Aqualife Park in Kobe joint forces to prevent tragic turtle deaths on the tracks and unnecessary train delay. After running a series of tests and experiments, they came up with a U-shaped ditch that collects the turtles, preventing them from getting stuck between the metal tracks and getting squashed to death. 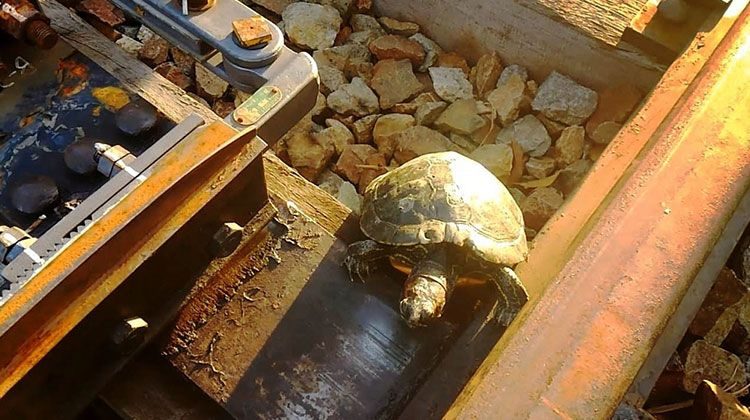 Tests and surveillance footage showed that turtles trying to cross the train tracks often fall into the space between them, which leaves them with no other option than to walk between them. Sadly, this causes some of them to get stuck between the metal tracks at junctions, and they inevitably get squashed to death when the points blades move.

“The turtles are basically just going about their daily business and have to cross the lines to get to a pond,” a railway spokesperson said. “When the point blades move, unfortunately they get squashed between them and die. They can cause long delays to operations so we consulted with a turtle specialist to find the best way to help them.” 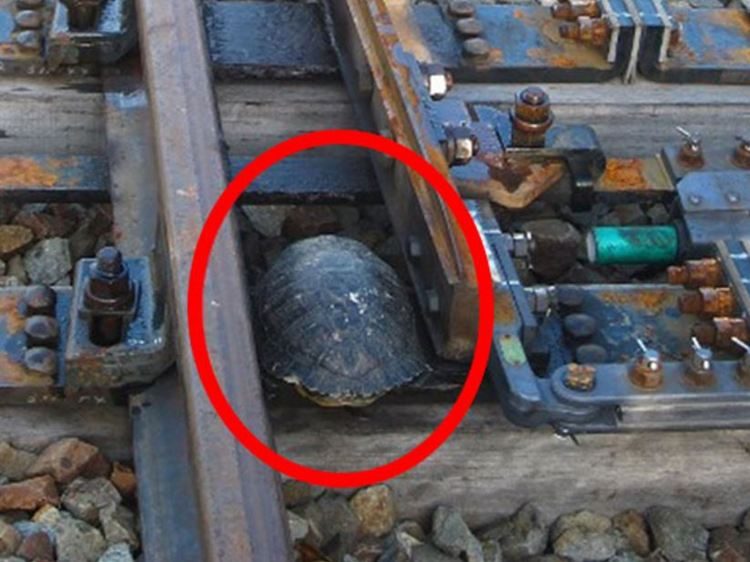 The U-shaped concrete ditches installed at several critical point along the train lines near the city of Kobe catch the turtles at danger of getting stuck between the tracks. They allow the turtles to get past the junctions safely, and even if some smaller reptiles have trouble getting out of the ditch, railway employees check the new system monthly, removing the turtles and transferring them safely to a nearby aquarium. 10 turtles were reportedly saved in the first month since the U-shaped ditch was inaugurated in November 2015.

Located only a short distance from the ocean, the train tracks in Kobe receive large numbers of reptilian visitors from May until September.