After struggling to convince members of his community to join him in making their streets and beaches cleaner by picking up trash, an Indonesian man put on a superhero outfit in hopes of becoming more convincing.

Rudi Hartono, a cafe worker from Pare-Pare, South Sulawesi, had long been struggling to persuade residents of his small coastal community to get more involved in keeping their home clean by picking up the plastic trash strewn on streets and beaches, but had had little success. But then he put on a Spiderman suit just to amuse his nephew, and people took notice. He accidentally became somewhat of a local role-model, and people started following his example. 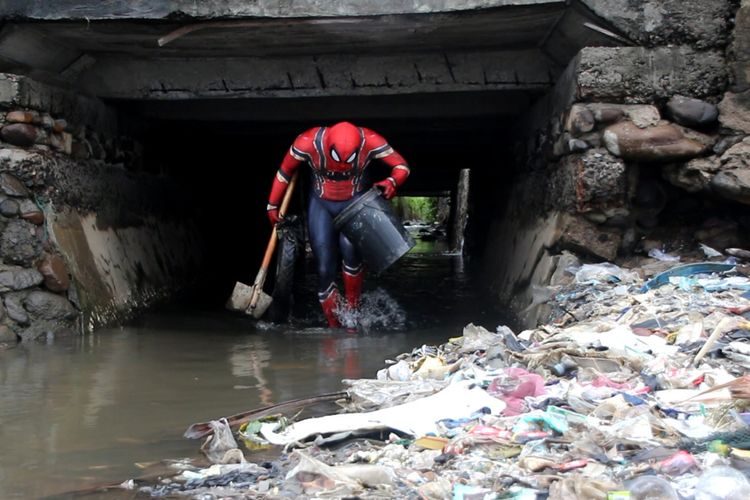 36-year-old Rudi bought the Spiderman costume in 2018, as a way to entertain his 2-year-old nephew, but the toddler only got scared and started crying whenever he saw Rudi dressed as the popular superhero, so the costume went unused for about a year. Then, one day, he got the idea to put it on before going on one of his frequent trash-cleaning missions, and the response from the community was instantaneous. 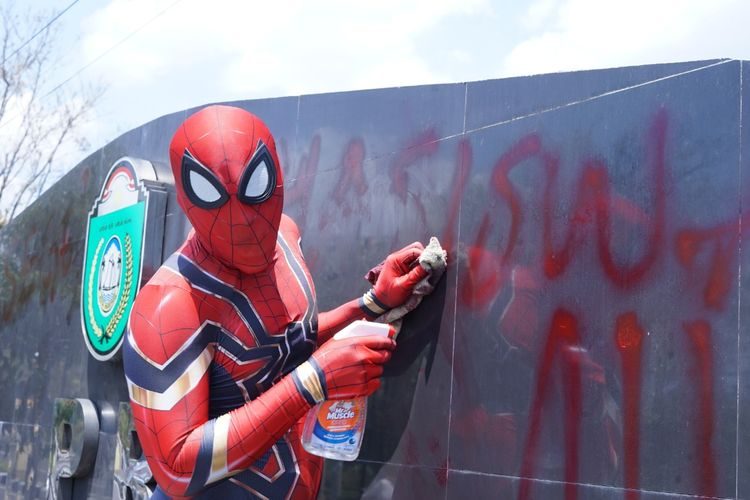 People who had simply ignored him when he was cleaning streets, gutters and beaches of plastic trash as a normal man, started following his example when they saw him dressed as Spiderman. The effect was so overwhelming that he took to Facebook and made a video dressed as the Marvel superhero, inviting other Pare-Pare inhabitants to join the fight against littering and pollution.

Despite only donning the Spiderman for only a few months, Rudi Hartono has become a minor celebrity in Pare-Pare. He has also been featured in national newspapers, has made appearances on several national television shows, using these opportunities to inspire people to fight against plastic pollution and do their part in keeping the Earth clean.