A temporary waterfall in Yosemite National Park has become a popular tourist attraction in the mouth of February, because under the right conditions sunlight makes the water flowing down the rock face look like fire, hence its nickname, Yosemite Firefall.

Every year, from December to April, water from melting mountain snow flows toward the eastern edge of El Capitan, forming the temporary Horsetail Falls. The waterfall itself is quite a sight to behold, but it becomes truly breathtaking for a few days (7 -10) in February, when, under the right conditions, it turns into a firefall, with the water looking like flowing lava and swirling flames. The Yosemite Firefall is considered one of the most amazing spectacles one can behold in Yosemite National Park. 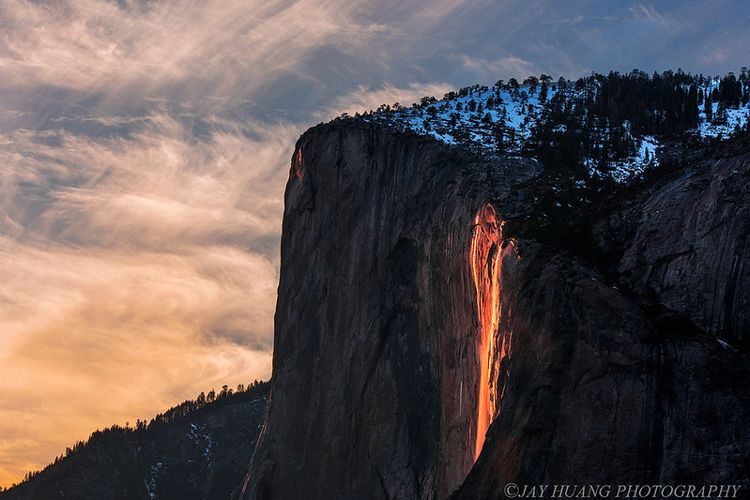 The firefall phenomenon attracts thousands of spectators every year, which forced the park administration to implement new rules during the month of February. Certain sections of road have restrictions, because of traffic jams which have become a problem in recent years. Sadly, many of the people who travel to Yosemite to witness the firefall firsthand don’t know that it doesn’t appear every year. 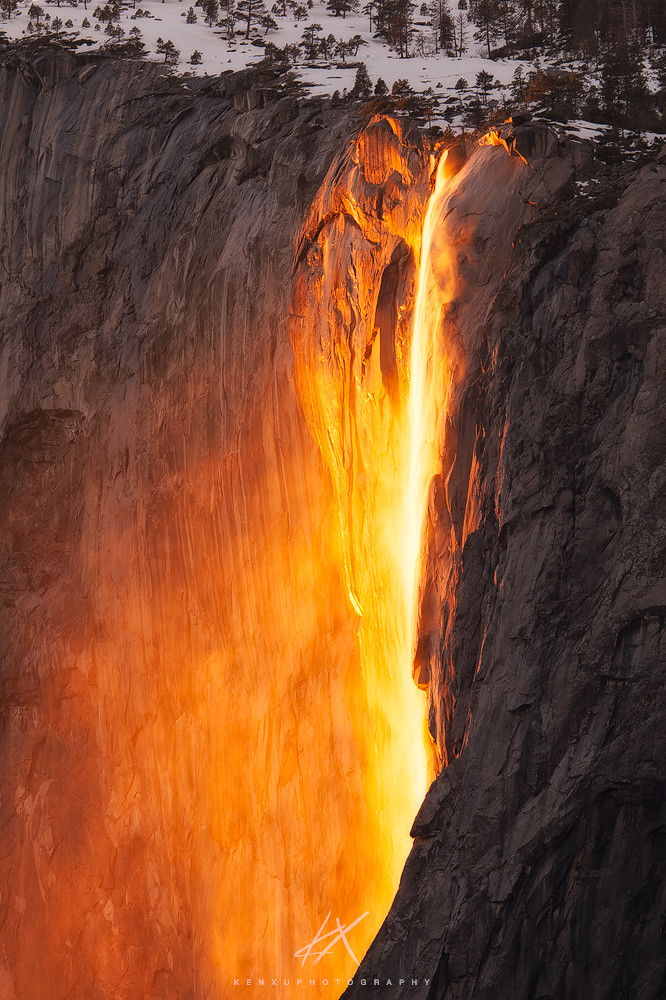 For the Yosemite Firefall to be visible, certain conditions have to be met all at once, which doesn’t happen every year. There must be snow in Yosemite, and the temperature must be high enough to make the snow melt and create the waterfall. For example, when California experiences drought, the waterfalls don’t flow, so Horsetail Falls can’t turn into a firefall.

But those aren’t the only conditions that have to be met. The sky has to be almost perfectly clear, as even the slightest haze can hinder the phenomenon, and the sun has to hit the falls from just the right angle to “set the waterfall ablaze”.

And even all the stars align and the Yosemite Firefall appears, spectators can only enjoy the stunning spectacle for about 10 years, before the sun drops in the sky and the spell is broken. Luckily, the phenomenon can be witnessed for several days, provided the conditions are right, of course.