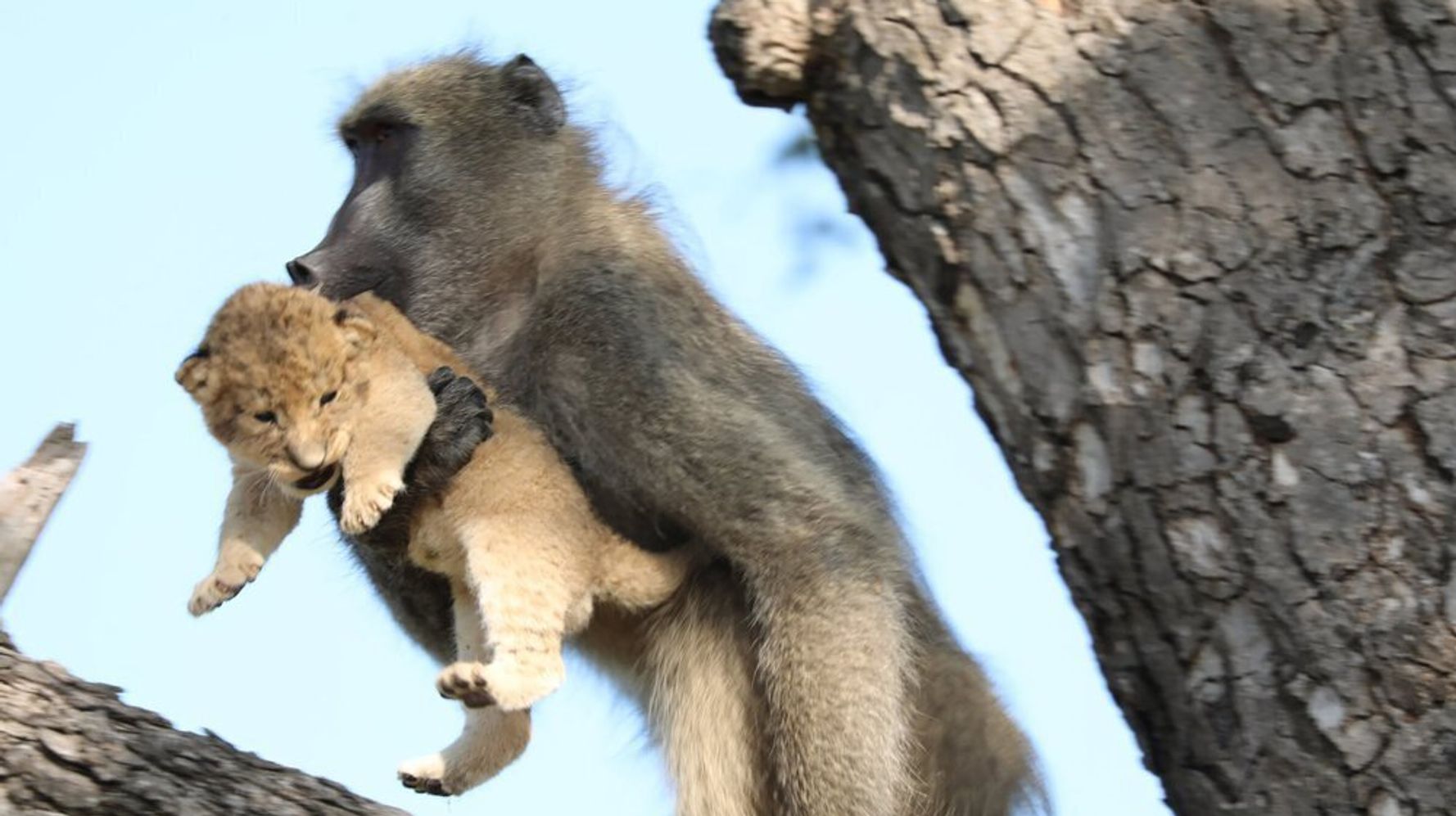 JOHANNESBURG (AP) — A male baboon carrying and grooming a lion cub is an unusual sight, yet it happened over the weekend in South Africa’s Kruger National Park.

The baboon took the cub up into a tree and preened it as if it were its own, said safari operator Kurt Schultz, who in 20 years had never seen such behavior.

“The baboon was grooming the lion cub as if it was a baby baboon,” Schultz said in an email to The Associated Press. “Male baboons do a lot of grooming but the care given to this lion cub was the same care given by a female baboon to one of her own young.”

Schultz said when he first saw the baboons early Saturday, the troop of baboons was excited and animated. It is possible they had discovered the lion cub, he said.

The baboons had gathered in an area with granite hills and boulders where lions and leopards have been known to hide their cubs while they go hunting, he said, and that’s likely how the baboons found the cub.

Baboons “are really strong animals and when they were all excited and fighting over the baby in the beginning, it could have been injured internally,” Schultz said. It was a hot morning and the cub was also showing signs of dehydration, he said.

While the rest of the baboon troop settled down, the male “moved from branch to branch, grooming and carrying the cub for a long period of time,” Schultz said. “The cub seemed very exhausted.”

Schultz and others on safaris in the park watched the rare sight and took photographs.

“I don’t see a chance of this poor cub surviving. The troop of baboons was large and a lion would not be able to get the young back,” Schultz said. “Nature is cruel at most times and the survival of a young predator cub is not easy. The lion cub would pose a threat to the baboons when it gets older. I have witnessed baboons viciously killing leopard cubs and have heard of baboons killing lion cubs.”

Dallas Now Has A Leaning Tower To Rival The One In Pisa, Italy

The Funniest, Weirdest And Most Profound ‘Shower Thoughts’ On Reddit This Week